When did you join Fable and Folly?

I joined Fable and Folly in 2021 (or was it 2020???) Legend has it (and by “legend” I mean the legend: Sean Howard) that I was the first one that Sean reached out to join F&F and Carlötta Beautox was officially the first show — outside of the Fable and Folly shows — to join the network. It’s a badge of honor for me. In fact, when I read Sean’s query email, I responded back with a “yes” (in truth, it was technically a “f*** yes”) before I even finished reading his whole email. 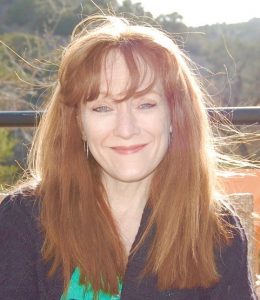 What part of making your show gets you the most excited?

Favorite part is casting and working with actors. I am especially overjoyed when my instincts about voice talent turn out right and everyone gels beautifully together. We recorded Carlötta Beautox in a studio and I got all the actors together in the same room (usually meeting for the first time on set…rotating cast outside the two principles) so it’s always a crap shoot whether people will have chemistry, and it’s so fun when they do.

What is your favorite thing about audio fiction as a medium?

I gravitated toward audio fiction (as many of us do) because it was a low(er) barrier of entry and somewhat devoid of gatekeeping, so you can do what you want, creatively. Because of that, it leads toward tons of diverse storytelling, more than any other medium, I believe.

What’s a big, pipe-dream goal you have for your show? 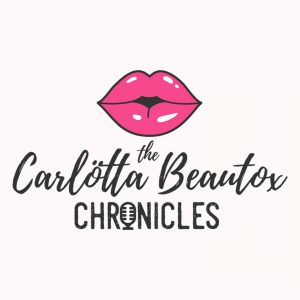 I’ve switched to novel writing recently and would like to create an epistolary-style novel from the Carlötta Beautox Chronicles podcast. I’m about 30,000 words into it. It’ll be about 70,000 when finished. It will have some of the existing story and some new adventures as well. I’m hoping to reach a new audience, perhaps people who don’t listen to fiction pods, who may discover the podcast as a companion piece to the book.

What do you hope listeners take away from your show?

My show, while a screwball comedy, does make some serious jabs at the entertainment and social media industries. It’s a pretty satirical comedy about our collective addiction to fame and also to performative outrage.

In your opinion, what’s the most important part of a good in-universe ad?

Any in-universe ad that entertains is a-ok, the more seamless, the better.