A world where narrative producers can make a good living telling their stories.

To create significant revenue and audience growth for the shows we represent.

We formed Fable and Folly in 2018, but began writing and producing shows in 2011. Our flagship podcast, the award-winning Alba Salix, Royal Physician, was first recorded in a dining room lined with blankets and pillows. Today, we are as likely to be found in our third-floor home studio as we are in a high-end audio production facility.

We launched the Fable and Folly Network in 2020 to represent some of the fastest growing narrative storytelling podcasts in the industry. We provide advertisers with more effective, narrative, and measurable sponsorship opportunities to reach previously untapped customers. Our job at Fable and Folly HQ is to secure partnership and growth opportunities for the producers in the network. 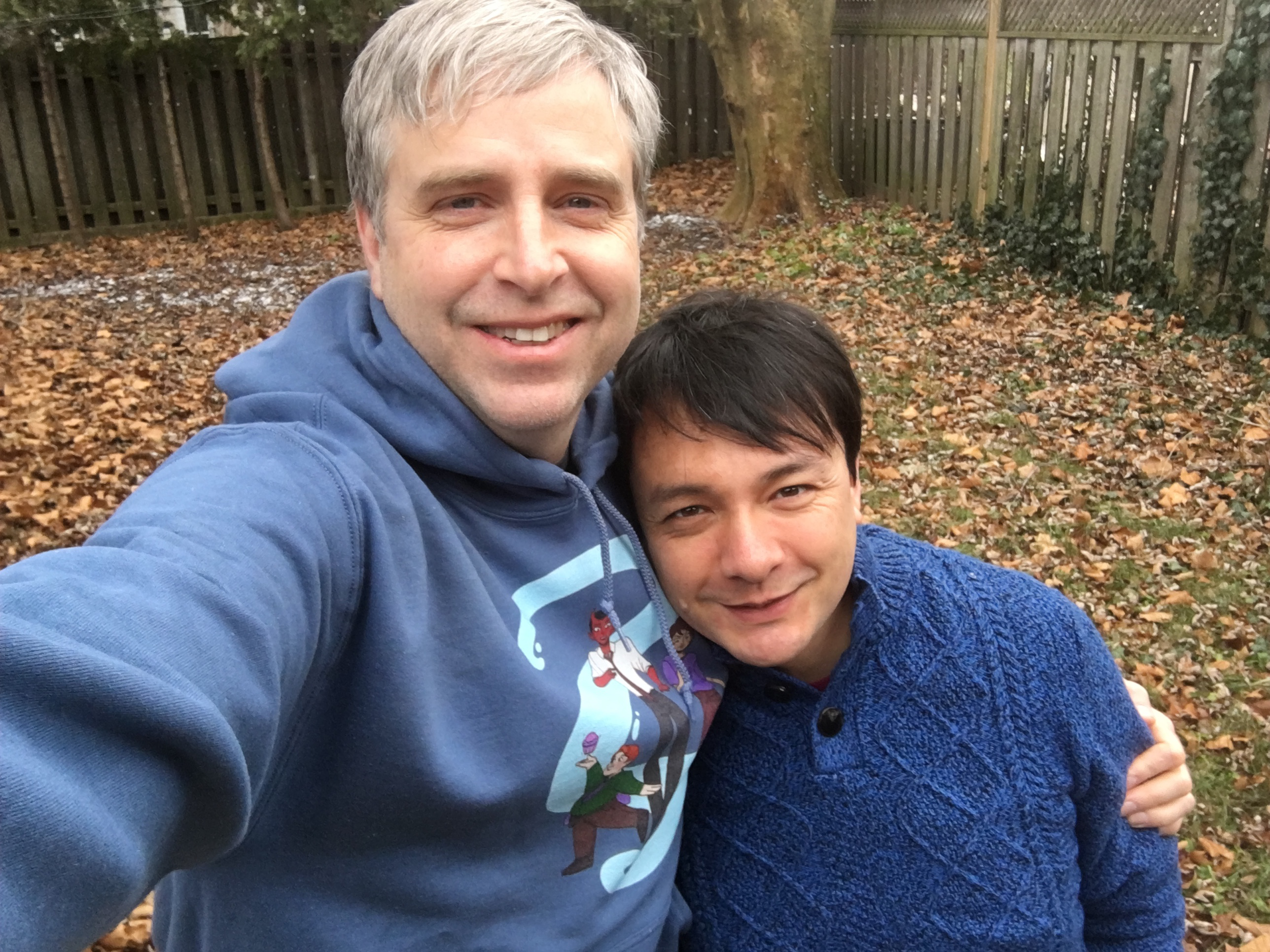 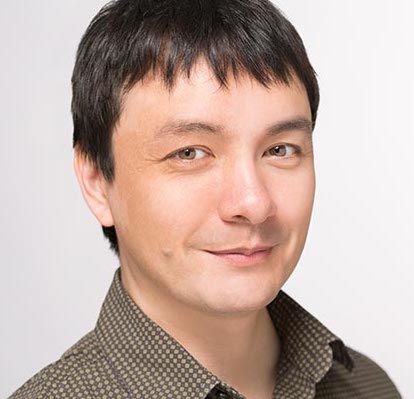 Eli Hamada McIlveen is the creator, lead writer and director of Alba Salix, and the sound designer and composer for all of Fable and Folly’s own shows.

Eli has been recording strange noises since he first “borrowed” his dad’s cassette player as a kid. He spent five years at CKMS-FM (University of Waterloo) producing a sketch comedy series, and later, a weekly radio theatre showcase. Since then he’s been sound designer for a raft of theatre productions in Toronto, where he met many of the Alba cast.

He’s also lead sound designer (from Season 3) on HartLife’s latest show Unwell, former senior interviews producer for the podcast Radio Drama Revival, and has appeared in several other shows, playing a variety of humans and invertebrates.

He lives in Hamilton, Ontario with Sean, his partner of 20 years.

See all the shows Eli has worked on.

Sean is a recovering juggler, comedy improviser, and marketer. He has dabbled in theatre since an early age. He began as a line producer on Season 1 of Alba Salix where he was responsible for managing the cast, setting schedules and coordinating budgets, as well as fundraising and marketing.

Sean brings his 20+ years of growth marketing and online advertising experience to Fable and Folly. He co-directed The Axe & Crown, is a writer on Season 2 of Alba, and is the co-creator and co-star of Civilized. He’s also Artistic Director of Staircase Improv and a founding member of improv troupe Executive Indecision.

He lives in Hamilton, Ontario with Eli, his partner of 20 years and their two rescue dogs, Ms. Mae van de Wag and Lady Miss Bean. 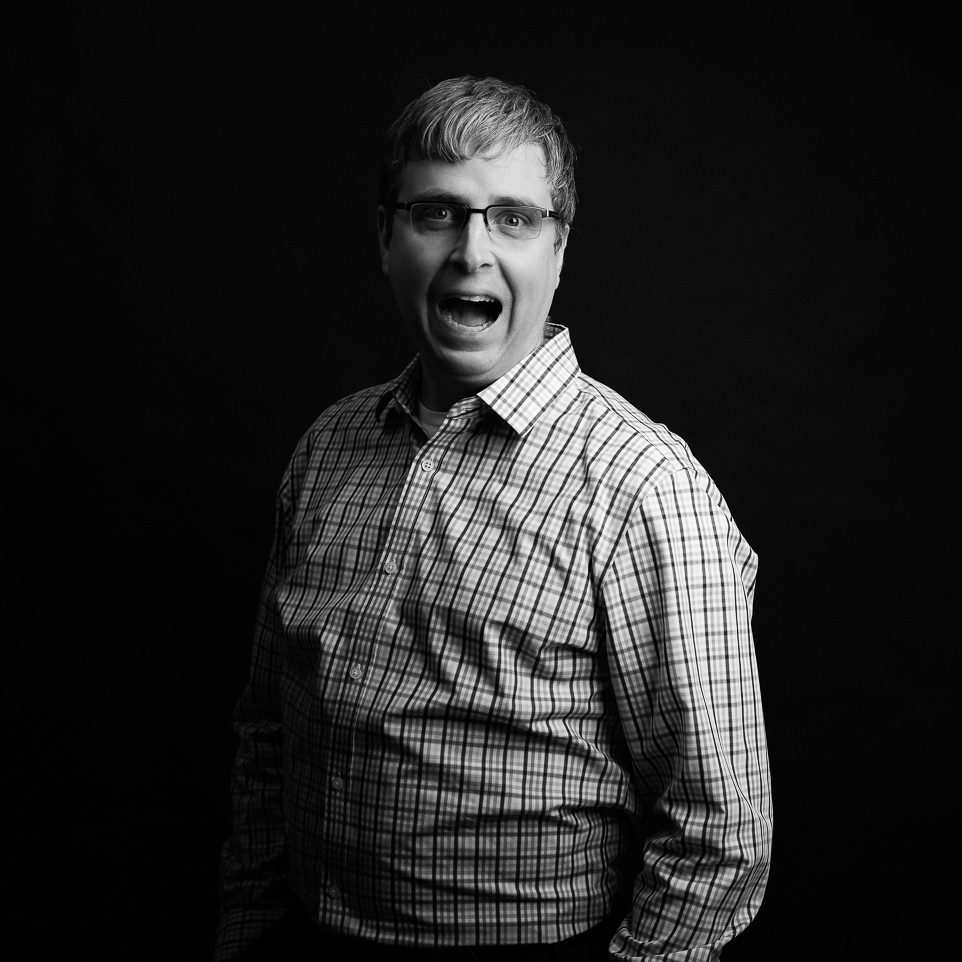 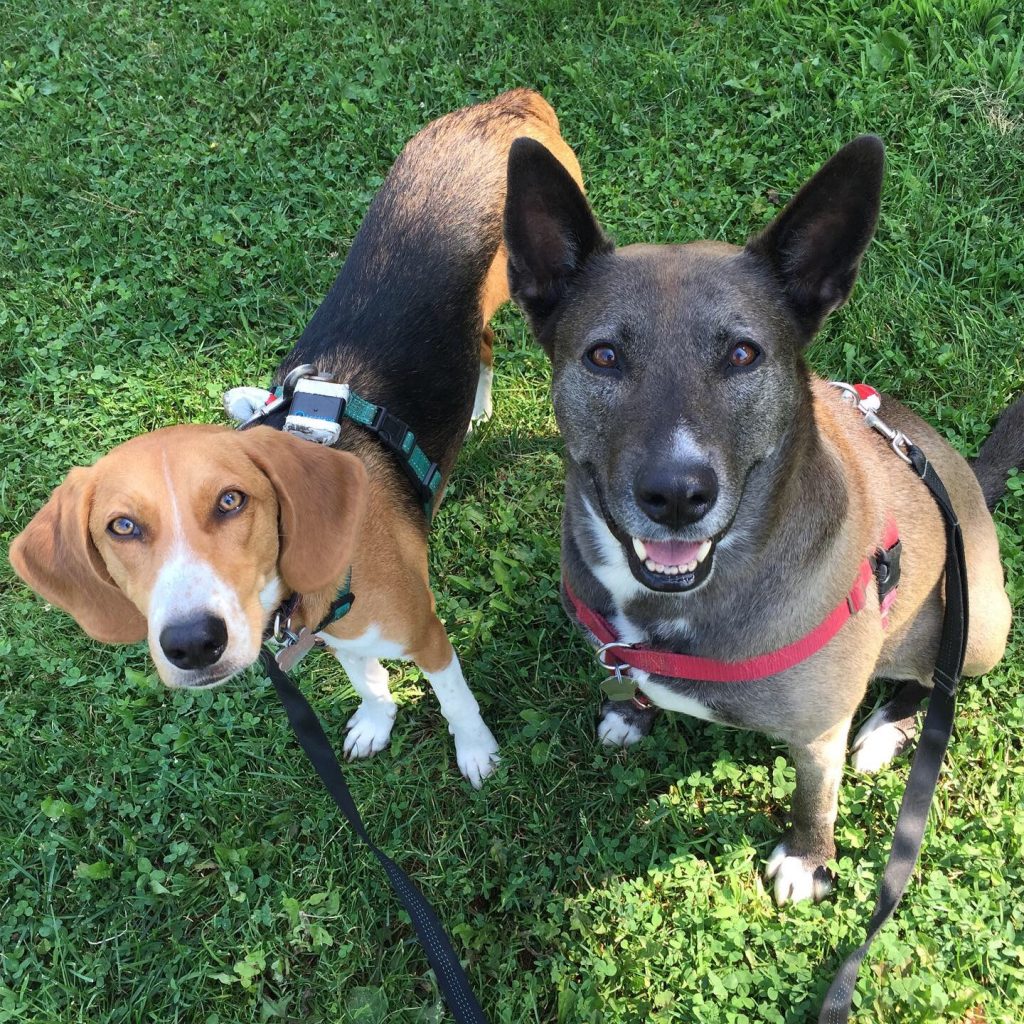 The Bean (on the left) hails from the wilds of Mississippi, where Sean found her on a highway median. Mae is a former street dog and squirrel addict. By some miracle, they actually get along.

Other Work Credits Include

The Fable and Folly team have provided recording, sound design and music composition to a growing list of amazing shows that we are proud to feature here. 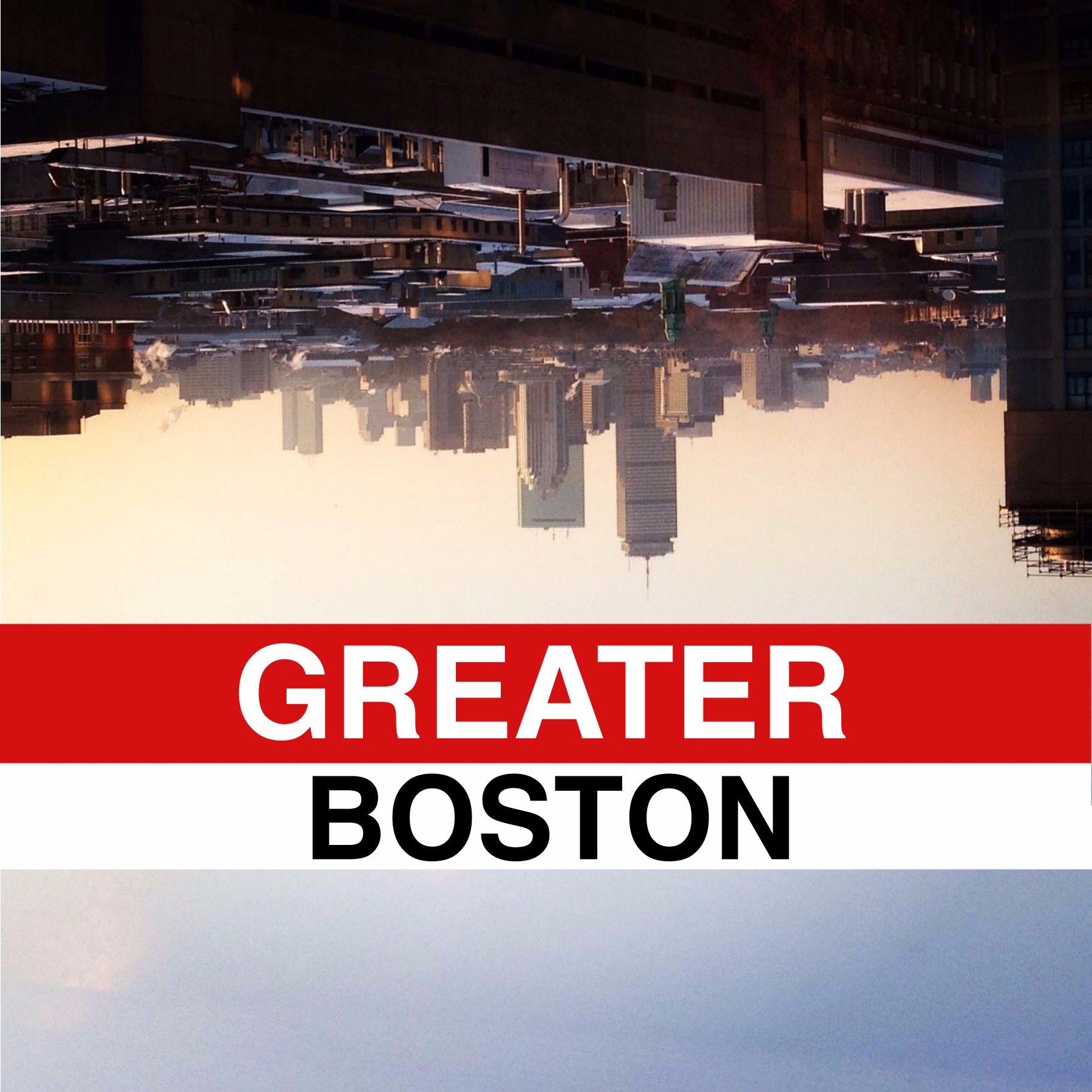 Music for Episode 32, "To Seek Out New Life and New Civilizations" 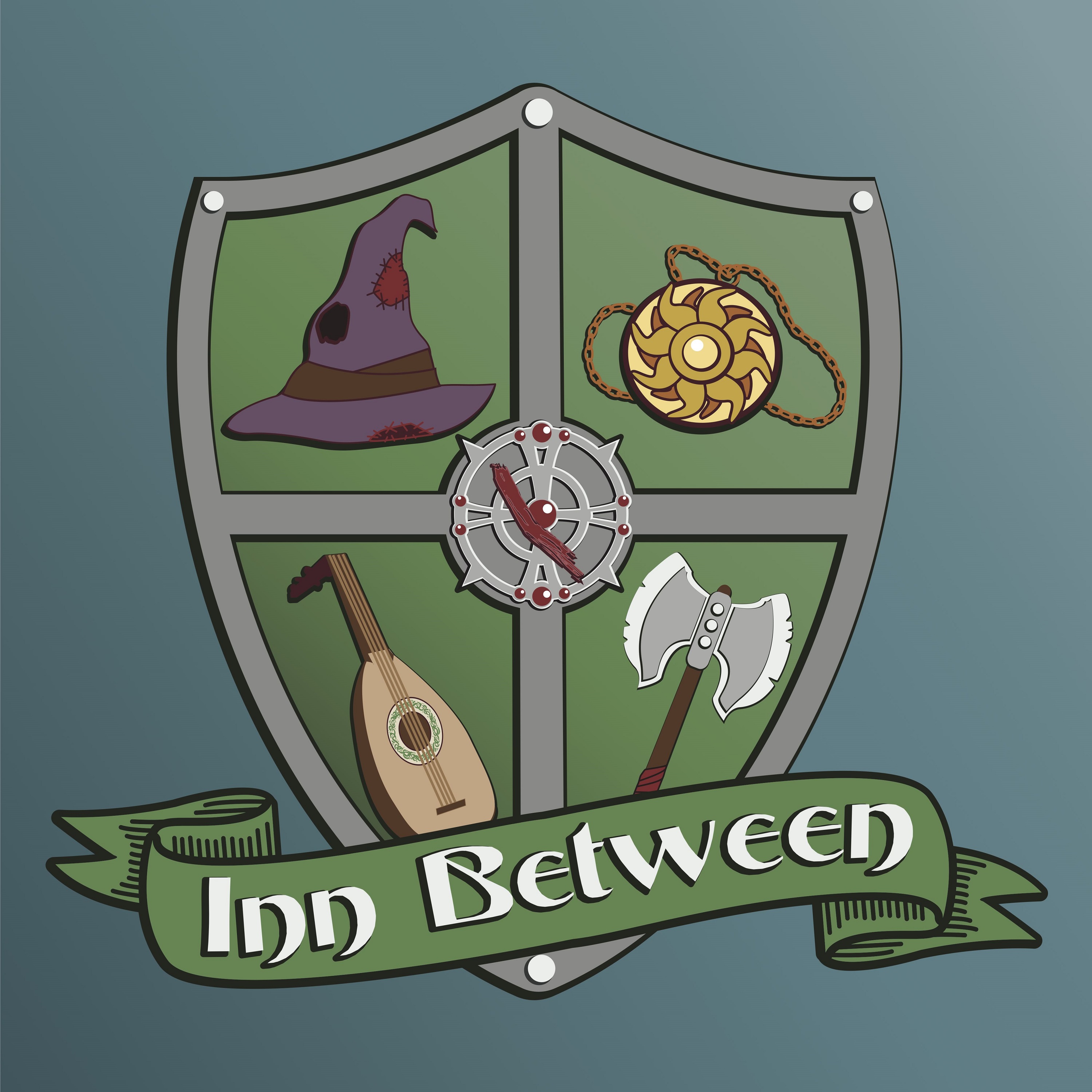 We are always open to requests to speak at conventions or other gatherings. Or if you are interested in advertising on one of our shows, please email us at the address at the bottom of the page and we will connect you with the appropriate party.

While we do our best to respond to general inquiries regarding new show pitches, please be aware that we are a small shop with four shows currently in production, and may not be able to respond to all pitches.